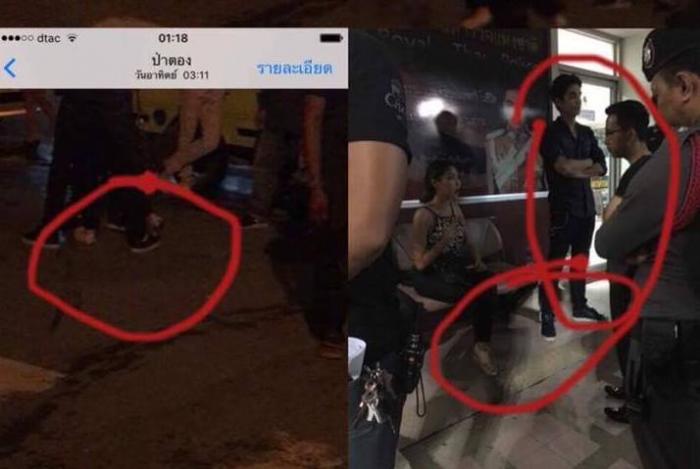 The video shows alleged Waii Kamikaze and her boyfriend drunk and fighting with locals on Bangla Road. Facebook page ‘Red Skill V.SE’ uploaded and shared the video, with the caption: “They say she is a famous singer who just got a taste of fame early this year. She is showing off and almost got attacked by locals. If anyone has more clips, please send [them to] us.”

The post has received over a thousand shares overnight, with people commenting and confirming that it is, in fact, the singer in the video.

“When we arrived, a total of six people were engrossed in an argument,” said Maj Pattapee Srichai of Patong Police. “Ms Waii’s boyfriend was trying to calm her down as she had also started arguing with people making videos of her on their phones. We took them all to Patong Police Station to mediate their conversation.”

Police allowed them to talk to each other, after which Ms Waii’s boyfriend confirmed that the argument had originally started with others who had run off. Neither could identify them.

“Ms Waii asked to step out to go to a hospital, but disappeared without filing any complaint so we let everyone go,” confirmed Maj Pattapee. “We are willing to file complaints from either side and to work on the case if someone comes forth.”