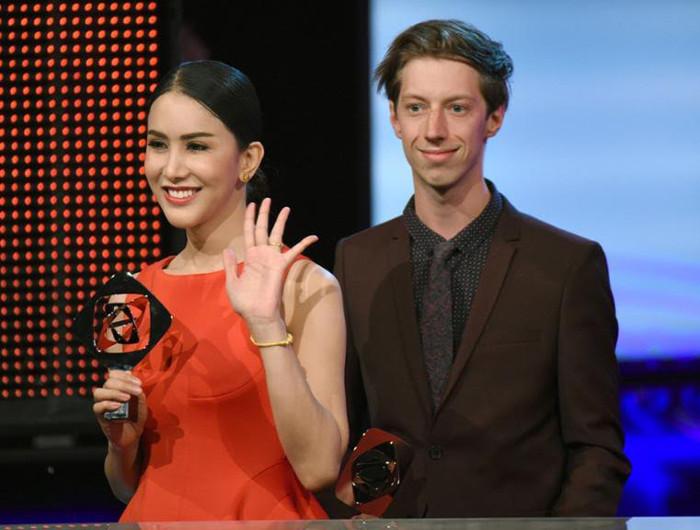 PHUKET: The Grimme Institute in Germany awarded its prestigious Grimme Prize to the lead Thai actress in the movie Patong Girl for her stellar performance in the trilingual film set in Phuket.

Aisawanya Areyawattana flew to Marl, Germany to join other cast members on April 8 for the award ceremony, which was broadcast on German television.

The Thai-German co-production is the latest film from De Warrenne Pictures, headed by Thailand-based filmmaker Tom Waller, who was the local co-producer for the film shot predominantly in the Kingdom.

The award-winning intercultural romance was written and directed by Susanna Salonen, who spent time in Phuket researching the film when she was working as a diving instructor.

“It is a great honor for us to have been involved in this prize-winning production,” said Mr Waller, who founded De Warrenne Pictures in Thailand in 2004.

“It is not your average holiday romance. A couple from two cultures fall in love and things get complicated.”

De Warrenne Pictures is also known for other popular movies set in Thailand such as Butterfly Man, as well as Soi Cowboy, which was selected for the Cannes Film Festival.

Patong Girl is scheduled for limited release in SF cinemas nationwide on April 21. Phuketians can catch the flick at the SF Cinema at Jungceylon in Patong.