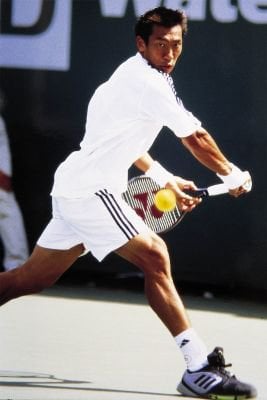 CHERNG TALAY: Thai tennis hero Paradorn “Ball” Srichaphan will play two exhibition matches at the Laguna Beach Resort on December 20 and 21. The matches are part of the Paradorn Super Tour, a round-robin tour also taking in Chiang Mai and Khon Kaen, and featuring world No 11 Paradorn, Thailand’s top woman player Tamarine “Tammy” Tanasugarn, Mark Philippoussis of Australia (ranked ninth in the world), Taylor Dent of the US (32nd) and Marcelo Rios of Chile (78th). Exact times of matches have yet to be confirmed but December 20 will see Tamarine taking on an as-yet-unnamed opponent in a ladies singles match, followed by a mixed doubles match with Paradorn and Tamarine on one side of the net. Dent will play Rios the following day, with Philippoussis taking on Paradorn. A total of 1,400 tickets will be available for each day, priced at 200 baht (for the back row), 600 baht and 1,000 baht. They will be available through Thai Ticketmaster or from the Canal Village office of Laguna Phuket, from the five Laguna Phuket hotels or from Big C. Tickets are expected to go on sale later this week.