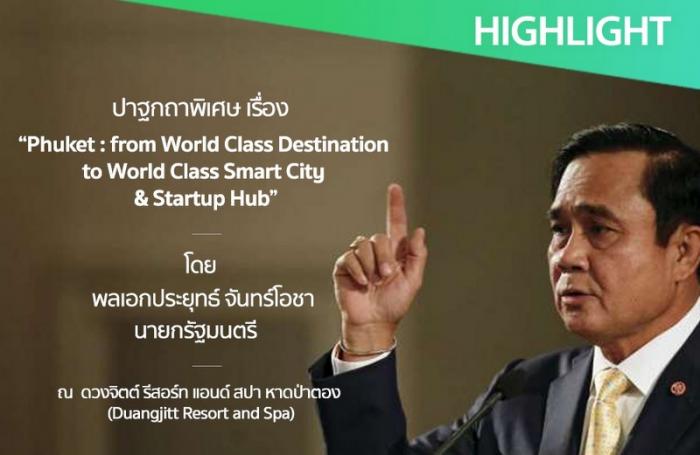 PHUKET: The venue for the Startup Thailand 2016 seminar in Phuket, where the Prime Minister is scheduled to make a speech during his visit to the province on Friday, has been moved to the Duangjitt Resort and Spa in Patong.

After presiding over the official opening ceremony of the new international terminal at Phuket Airport from 8:30 to 9:30am, Prime Minister Gen Prayuth Chan-o-cha is now scheduled to attend the opening of the Startup Thailand and Digital Thailand 2016 seminar at the Duangjitt Resort and Spa in Patong, where he plans to give a speech titled ‘Phuket: from World Class Destination to world Class Smart City and Startup Hub’ from 10:30 to 11:00am.

“The Startup Thailand seminar was initially scheduled to take place at the Royal Phuket Marina in Koh Kaew. However, the venue has now been moved to the Duangjitt Resort and Spa,” a spokesperson from the Ministry of Science and Technology confirmed.

Rider ripped to pieces in 4am horror crash