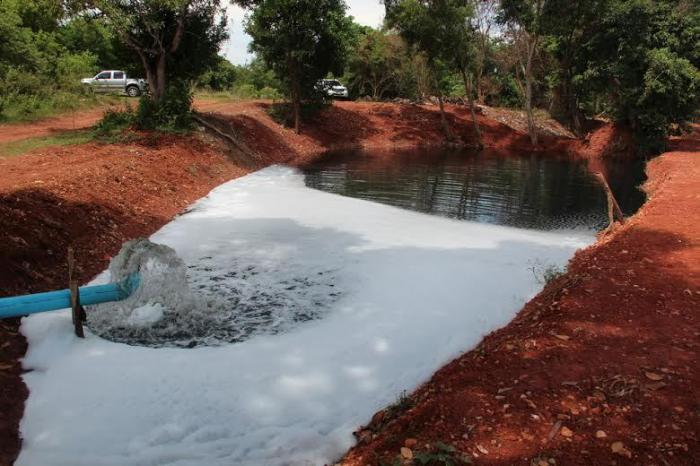 PHUKET: Phuket Vice Governor Sommai Prijasilpa is pushing to install ozone generators throughout Rassada as a long term solution to wastewater problems in the area.

The vice governor yesterday afternoon inspected the new ozone generator used to treat water at Soi Paniang to determine whether the same machine could be used in Rassada.

“This machine was developed at Kasetsart University in Bangkok,” said Kanok Nakaew, chief of Research and Development at the Center for Energy and Environmental Engineering Laboratory at the university.

“It uses the advanced oxidation process, during which ozone is added to the water to kill off harmful bacteria such as coliform.

“Coliform can create negative effects if ingested by humans, including diarrhea and cramps.”

“The small ozone generator in Soi Paniang was installed as a short-term solution, but after seeing how it works I would like to see it installed throughout Rassada as a long-term water-treatment system,” Vice Governor Sommai said.

Mr Kanok explained that the treatment capacity of the generator varies according to the size of the machine.

“We would need to calculate how many machines are needed and how much water each one would be treating to know what kind of budget would be needed,” Mr Kanok said.

Rassada already has a 14-million-baht budget set aside for a long-term water-treatment system, said V/Gov Sommai, but it has not yet been decided which system to use.

“At our next budget meeting, I will propose ozone generators as a long-term wastewater solution. We should have an answer to the problem soon after,” V/Gov Sommai said.

Tesco Lotus steps up its ‘no plastic bag’ campaign in Phuket