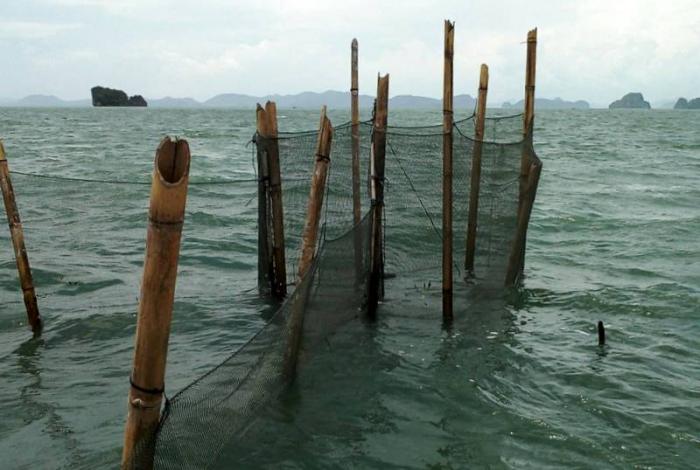 KRABI: Locals in Krabi Province were outraged over the weekend after a social media post went viral yesterday. The post shows a dead baby dolphin caught in an illegal coastal fishing net system.

A user on the social networking application ‘Line’ shared the photographs, taken in the Khao Khram sub-district’s Tah Paree Bay.

After examining the calf, a Marine official stated that it weighed only about four kilograms, and that it had been stuck in the trap for several days with its intestines ripped out.

Public outcry over the incident prompted Krabi Marine Chief Saen Sringam to issue an ultimatum to the owners of dozens of illegal maze-like nets throughout the bay.

“We are giving the fishermen three months to remove the nets,” Mr Saen said. “If the owners of the devices do not obey, we will fine and prosecute them.”