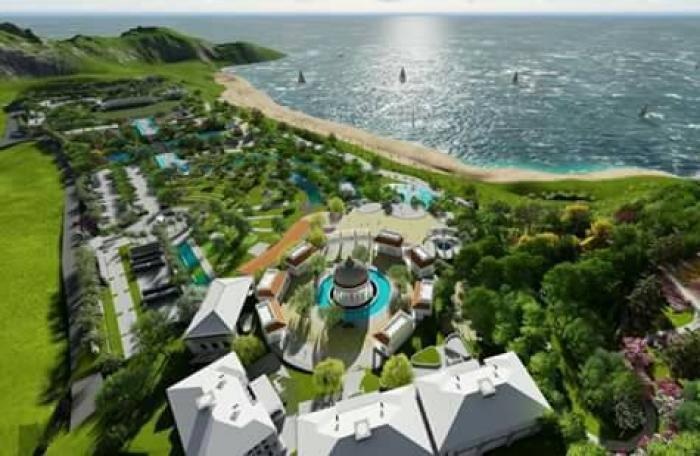 PHUKET: Rendered images of the plans for Surin Beach, officially reopened as ‘Rajabhakti Park’ in June (story here), were released to the public this week.

Phuket Vice Governor Chokdee Amornwat said modestly that officials are looking to make it the “most beautiful beach in the world”. The estimated project budget is more than 800 million baht.

“Surin Beach is already ‘listed’ in the ‘top ten most beautiful beaches of the world’, so it will not be difficult for us to achieve our goal,” the Vice Governor told the Phuket Gazette.

The park’s reopening in June followed the demolition of buildings encroaching on public land in Surin in April (story here). The demolition efforts were led by V/Gov Chokdee and Cherng Talay Tambon Administration Organization (OrBorTor) President Ma-ann Samran, and overseen by military personnel.

“We submitted our proposal to Prime Minister Gen Prayuth Chan-o-cha on Friday during his visit to the island. It comprises plans drawn up by the Phuket government and private sectors.”

“We cannot make it happen all at once – the work will progress in several stages. As it is a big project, we are looking to complete the park in three years, so it should be done by the end of 2019,” V/Gov Chokdee added.