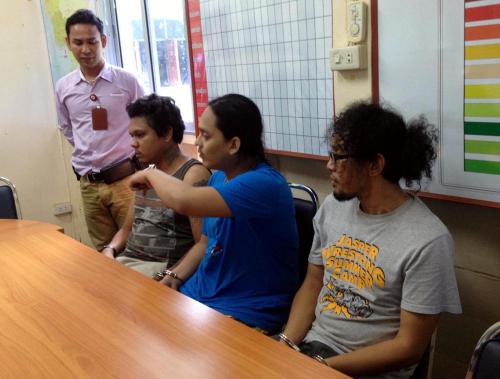 PHUKET: Only one of the three musicians charged with killing American tourist Bobby Ray Carter Jr in Krabi last week appeared in court for arraignment on Monday.

The other two postponed their trial date.

All three men, charged with the July 31 murder of 51-year-old Bobby Carter Jr and the assault of his son Adam, 27, outside the Little Longhorn Saloon bar in Ao Nang (story here), are now free on bail.

Ratikorn Romin, 27, from Phang Nga, appeared in court on Monday. He confessed that the men attacked the Americans, but said they did not intend to kill anyone.

Sathid Somsa, 40, from Bangkok, who was also charged with possession of an illegal firearm after he was found at the murder scene with a homemade gun, also did not appear before the judge.