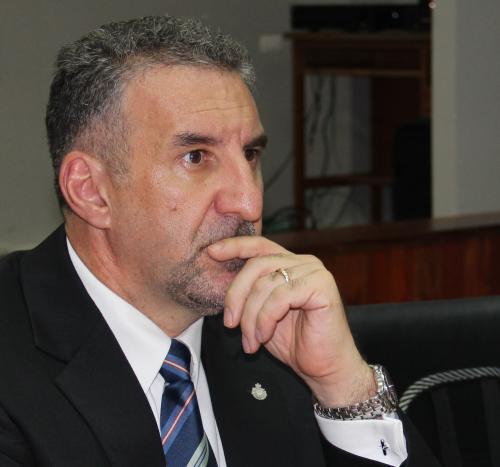 PHUKET: The Australian Federal Police (AFP) are in Phuket to hold a joint workshop with Phuket authorities on tackling the issue of transnational crime on the island.

“Phuket is one of the most famous tourist destinations in the world. Every day, large numbers of tourists from all over the globe come to visit us,” Phuket Provincial Police Deputy Commander Peerayuth Karajedee said.

“Because of this reality, some terrorist or other criminal might arrive, disguising himself as an ordinary tourist to enter the country, and then commit a crime,” he explained.

“Therefore, preparing the relevant officers with the latest methods and tactics for tackling transnational crime is a sensible move,” Col Peerayuth, the workshop project leader, told the Phuket Gazette.

The workshop is taking place at the Novotel Phuket Resort in Patong today and tomorrow. The participants will include police officers from various local police stations; the offices of the provincial police; the marine police; and the immigration police, Col Peerayuth told the Gazette.

However, Col Peerayuth stressed that the workshop should not be seen as a cause for concern.

“It does not mean Phuket is in a state of heightened danger from transnational crime. This is simply a case of the AFP and us co-operating and sharing ideas in an ordinary workshop setting,” he said.

“These mutual talks will be beneficial because they will help us upgrade our work efficiency, and enhance our law-enforcement abilities,” he added.

AFP senior liaison officer John Tanti said that the AFP has been working with the Royal Thai Police over sharing information on Australian criminals and fugitives, as well as other security issues of mutual concern, in order to prevent the transnational crime.

He also reiterated Col Peerayuth’s message that the workshop should not be taken as a reason for the general public to be concerned.

“There is nothing to worry about here in Phuket, so don’t panic. What we are doing is providing advice to police officers in Phuket so that they will be prepared for any eventuality.

“In addition to Phuket, we will also conduct this workshop with peers in Bangkok and Chiang Mai, two other famous Thai tourist hubs,” Mr Tanti explained.

“Over the course of the workshop, we hope to learn a lot from the AFP, and, together with AFP officers, we will examine case studies of transnational crime, such as the 2002 Bali bombing,” said Col Peerayuth.

The workshop will include practice and training sessions,” he added.

Only one Krabi musician faces the music for American’s murder