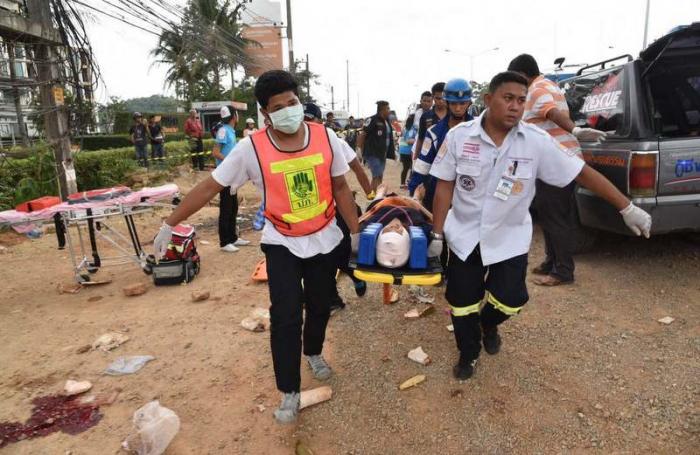 PHUKET: One man died and four others were injured in a three-vehicle crash on the bypass road near the Samkong intersection yesterday afternoon.

The three vehicles involved in the accident were a pick-up truck, a Honda Jazz and a Toyota Vios.

“Narin Saenganan, 35, a passenger in the back of the pick-up truck, was pronounced dead on arrival at Vachira Phuket Hospital,” said Maj Santi Prakobpran of Phuket City Police.

“According to witnesses, the pick-up truck was traveling at high speed and trying to overtake on the inside lane, but lost control and hit the other two cars,” Maj Santi said. “The tyre of the pick-up truck then exploded, causing it to spin around and crash onto the side of the road.”

Ms Nemwan and Mr Akaso said they did not see anything and were suddenly hit from the back by the truck.

Mr Damnoen, however, told police that the two cars crashed into each other first, causing him to lose control.