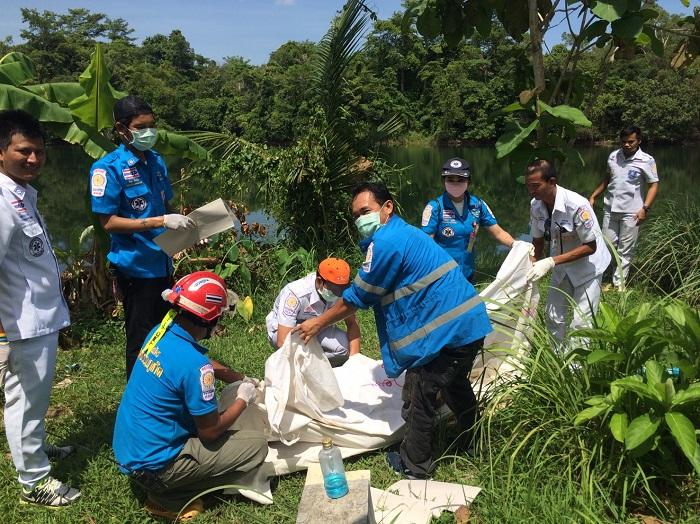 PHUKET: Police are trying to identify the decomposing body of a man found floating in a pond near Kathu Wittaya School this afternoon.

“A staff member from ‘Jungle Bungy Jump’ company discovered the body, saying it was causing a very bad smell in the area,” said Lt Sawanya Eiadtrong of the Thung Thong Police.

Police said the man was naked and had no form of identification on him. However, they did find a pair of flip flops nearby. The man was described as dark skinned, aged between 30 and 35 years old and about 1.7 meters tall.

“There were no signs of struggle on the body and it was already in an advanced state of decay,” said Lt Sawanya. “We believe the man died at least three days before his body was discovered.”

An Indonesian national living nearby had filed a missing person report concerning a friend of his who had allegedly been missing for two days. However, he confirmed that the body found this afternoon was not that of his friend, said Lt Sawanya.

“At this stage, we do not know if it was an accident, murder or something else altogether. We are sharing details of the case with other police stations in case they have a missing persons report matching his description,” said Lt Sawanya.

The body was taken to Vachira Phuket Hospital for further examination to determine the cause of death.