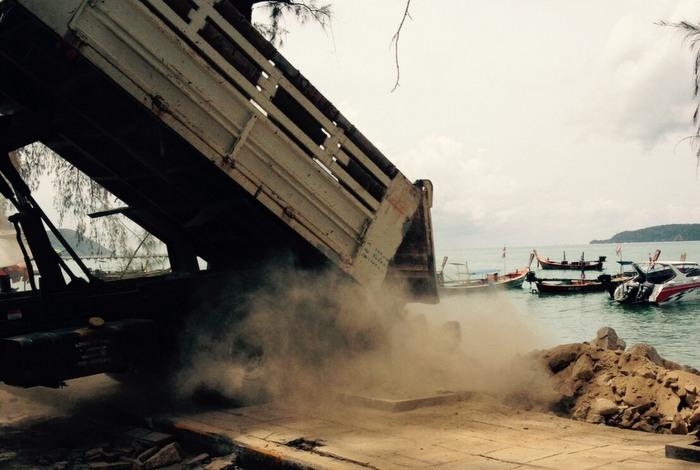 PHUKET: Truckloads of rocks were dumped along a 30-meter stretch of Rawai beachfront on Sunday to temporarily shore up the sea wall, which gave way last week after it was damaged by strong waves.

“The wall and sidewalk were damaged after being battered for three days straight. The waves eroded the sand at the base of the wall, weakening the foundations,” said Mayor Aroon.

The concrete wall and footpath was first built after the 2004 tsunami.

Mayor Aroon could not confirm when a permanent fix for the wall would be installed.