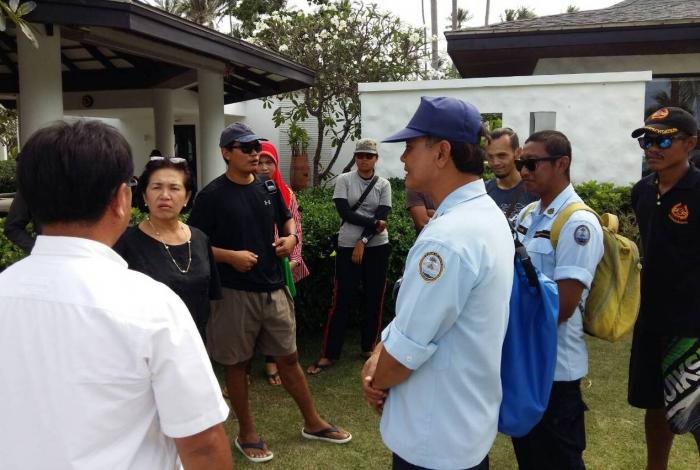 PHUKET: Officials are hunting for six people suspected of stepping on coral, stealing live coral and feeding fish in Koh Racha between Monday and Tuesday.

This move by officials comes after locals at Koh Racha tried to stop an Asian tourist from taking a bagful of coral from the island earlier this week and asked authorities to take immediate action (story here).

Additionally, a piece of coral with a Korean name etched on it was also found that led to the crackdown (story here).

“We collected all evidence from social media and news media sources and filed a complaint at Chalong Police Station on Wednesday morning – we then called a meeting,” Suchat Rattanaruengsri, Region 6 head of the Marine and Coastal Resources Conservation Division, told Phuket Gazette.

The meeting was held between the Department of Marine and Coastal Resources (DMCR) Region 6, thirty diving operators and other relevant officers on Koh Racha to address the various social media posts and news stories regarding similar issues.

“At this stage, we are looking into tour and diving companies and their clients. When we find the perpetrators, we will take strong action,” he added.

In addition to hunting for suspects, they decided upon a ‘to do list’ to prevent similar incidents from happening in the future:

“We hope these actions will help improve the situation at Koh Racha. We won’t ignore what has happened and will do our best. I am very appreciative of the actions of the locals and people on social media,” said Mr Suchat.