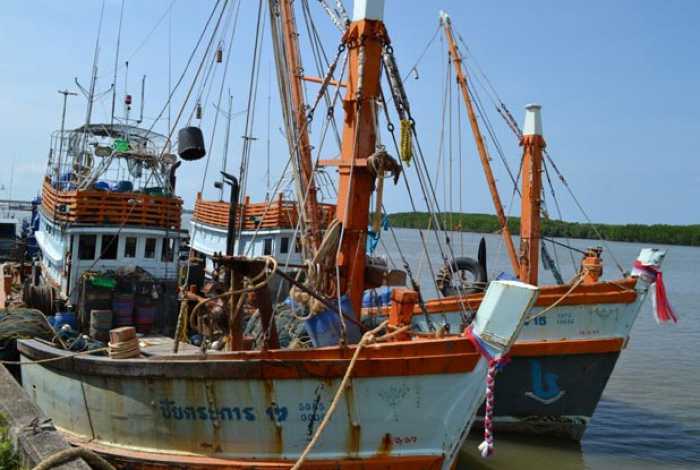 PHUKET: The crews of two fishing boats were arrested for trawling in a restricted fishing area near Koh Sriboya, east of Phuket, yesterday morning.

The boats, Chaitakarn 17 and Chaitakarn 15, had already netted 200 kilograms of fish by the time officials arrived.

“We received a report from local fisherman that the boats were fishing in waters where trawling is not allowed,” Krabi Fishery Management Center Chief Jaroenchai Srisuwan told the Phuket Gazette.

Trawling is prohibited within 5.4 kilometers of the Krabi mainland and within 3km of any island in the province.

The leader of the two-boat team, 51-year-old Kempetch Chaisri, confessed to officers that the number of fish that could be caught in the restricted zone made it worth the risk.

Mr Kempetch and his 10 crew members were taken back to the Krabi Fishery Management Center so the complaint could be filed with police.

The men are expected to be charged for trawling in a restricted area, which carries a maximum penalty of a 3,000 baht fine per person.

Mr Jaroenchai confirmed that the boat would be returned to its owner.

“This is not an isolated incident. There are many boats that enter restricted fishing areas – many of which are evading officials,” he said.

“The boats will turn their lights off when they are fishing. It is hard to track them down and catch them in action. However, we are doing our best to put an end to trawlers fishing too close to the mainland and Krabi’s many islands.”