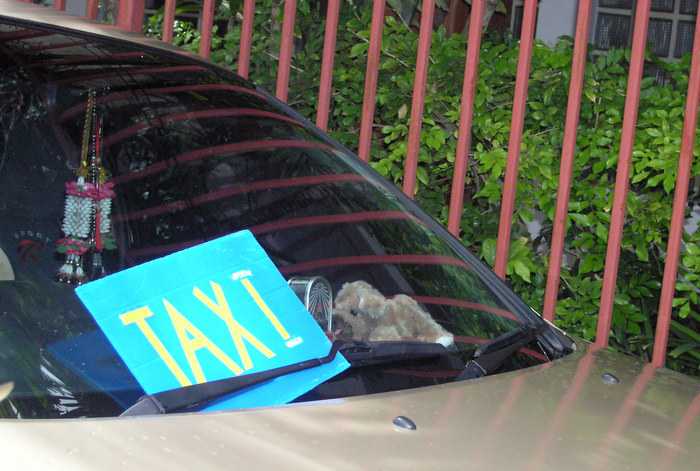 PHUKET: Expect to see taxi drivers who have been convicted for their role in Phuket’s taxi mafia back behind the wheel without delay, the Phuket Provincial Land Transportation Office (PLTO) confirmed to the Phuket Gazette today.

“Anybody who was sentenced for his or her role in the taxi mafia – even individuals who ripped people off, were violent or intimidated tourists – can continue to work as a taxi driver as long as his or her sentence has been suspended,” says Konlayut Jattutasri, chief of the PLTO Licensing Division.

Only those who have been sentenced and served jail time will be banned from driving a taxi, and only for three years, Mr Konlayut said today, despite having told the Gazette last year that applicants with criminal records would be rejected (Special Report here).

“The ban will start the day that they are released from custody,” Mr Jattutasri said. “But it will only apply to those who had to serve their sentence behind bars.”

The only way a taxi driver can receive a life-time ban from the industry is for the court to revoke his or her licence for life, the Gazette was told.