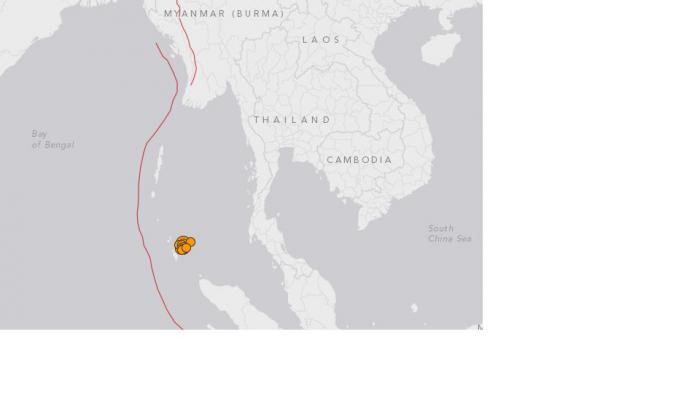 PHUKET: Phuket Officials have confirmed that the 6.5 magnitude earthquake north of Aceh, Sumatra will not result in a tsunami or effect Thailand.

Safety concerns were raised earlier today on the popular Facebook page Phuket New Era Expats after Reuters reported the US Geological Survey data of the initial quake, which was at a depth of about 10 kilometers about 110km southeast of Misha, Nicobar Islands, in the Indian Ocean.

A series of 16 aftershocks followed less than 24 hours after the first earthquake, mostly decreasing in magnitude from 5.4 to 4.2.

“There is nothing to be concerned about. The earthquake will not cause a tsunami,” Kriang Krai Korwattana of the National Disaster Warning Center told the Phuket Gazette today.