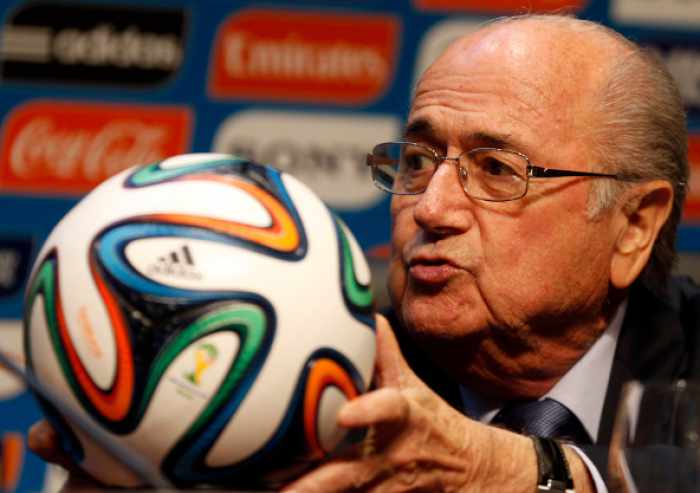 PHUKET: FIFA president Sepp Blatter made no reference to the various crises surrounding world soccer’s governing body when he opened the annual FIFA Congress on Tuesday with a short welcoming speech to delegates from 209 countries.

The 78-year-old Swiss made no mention of the allegations and investigation into corruption surrounding the awarding of the 2018 and 2022 World Cups or his own plans regarding standing for a fifth term as president next year.

Instead, he called on delegates to “enjoy themselves” during the short opening session which featured Brazilian musical acts and a series of awards to various personalities.

In the past Blatter’s opening remarks at the albeit “party” session of Congress have contained some references to current issues, but he made no mention of them on Tuesday.

Blatter will have a totally different approach when the serious business gets underway on Wednesday and he makes his annual address to delegates and when Michael Garcia, the New York attorney investigating the corruption allegations surrounding the awarding of the 2018 and 2022 World Cup finals to Russia and Qatar, also addresses delegates.

Blatter said FIFA was pleased to be hosting the World Cup in Brazil for the first time since 1950.

“We are in festive mood,” he said despite delegates from UEFA, Europe’s governing soccer body, calling earlier on Tuesday for him not to seek another term when his mandate ends next year.

He said that more than 400 million fans around the world are expected to watch the 64 World Cup matches on TV over the next month and that everyone was looking forward to a “great World Cup played in a spirit of fair play.”