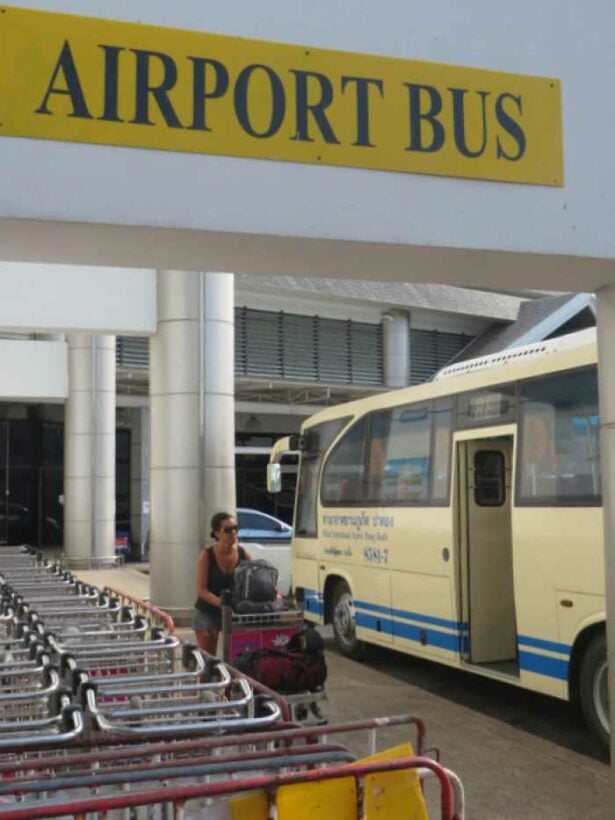 PHUKET: The owner of Phuket’s Airport Express Bus is ready to extend his route into Kata-Karon as soon as the safety of his staff and customers can be guaranteed.

“Though I have just started talking to the Phuket Land Transport Office, police and officials at Phuket Provincial Hall about what to do with public transportation to Kata-Karon, a terminus for the bus at Karon Municipality Office has already been approved.”

Mr Prakob’s statements follow the dismantling of a number of taxi groups in Patong (story here) and the revealing of a new vision for public transport in the beach town (story here).

Though the airport bus was initially planned to run into Kata-Karon (story here), fear of violent reprisals from local tuk-tuk and taxi drivers necessitated scaling back the route to terminate in Patong.

“I just need confirmation from officials that there will be no problems if I extend the service. As soon as I’m sure of that, I can start running the buses,” Mr Prakob said.

No mention of crisis as Blatter opens FIFA Congress