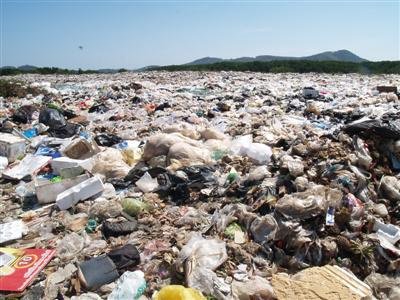 A high-ranking source in the Department of Rural Roads said plans to complete a road connecting Nanai Road in Patong to Chalong have stalled, as the Ministry of Natural Resources and Environment (MNRE) failed to sign off on the project’s Environmental Impact Assessment (EIA) proposal.

Completion of the road, currently a treacherous dirt path, would have required the use of hilly ‘Zone C’ Forest Department land.

Also failing to be granted EIA approval was the plan to complete a 600-meter stretch of road connecting Saphan Hin and Sakdidet Road Soi 7.

The project has been on hold since 2003, when the MNRE denied approval of construction though protected mangrove forest in the low-lying area known as Koh Phi, which is also home to the island’s trash incinerator and landfill.

Completion of the road, which would greatly reduce commuting time between Saphan Hin and Wichit, has been the subject of intense lobbying in Bangkok by Phuket MPs and Phuket Governor Wichai Praisa-ngop in recent months.

Faced with what appears to be an indefinite delay in the EIA process, the province may now try to use 26 million baht in funding originally earmarked for the Patong-Chalong road for construction of a new road connecting Chao Fah East Road to Sakdidet Rd Soi 1 in Saphan Hin, the source said.

If approved, the new road would start at the entrance to the Mineral Resources Center, opposite Suan Luang Park, and run though to the cluster of government offices near the Phuket Labor Office at Saphan Hin.

The four-lane concrete road would be 694 meters long and come with a median strip and bicycle path, the source said.

Land acquisition would not be a problem as the 12 rai needed for construction are under the control of the incinerator and landfills State Property Management and Services Office. The Rural Roads Department could finish the road within six months of approval.

Phuket Governor Wichai Phraisa-ngop, who just returned from Bangkok, is scheduled to hold a press conference on the topic tomorrow (Monday) morning, the source added.