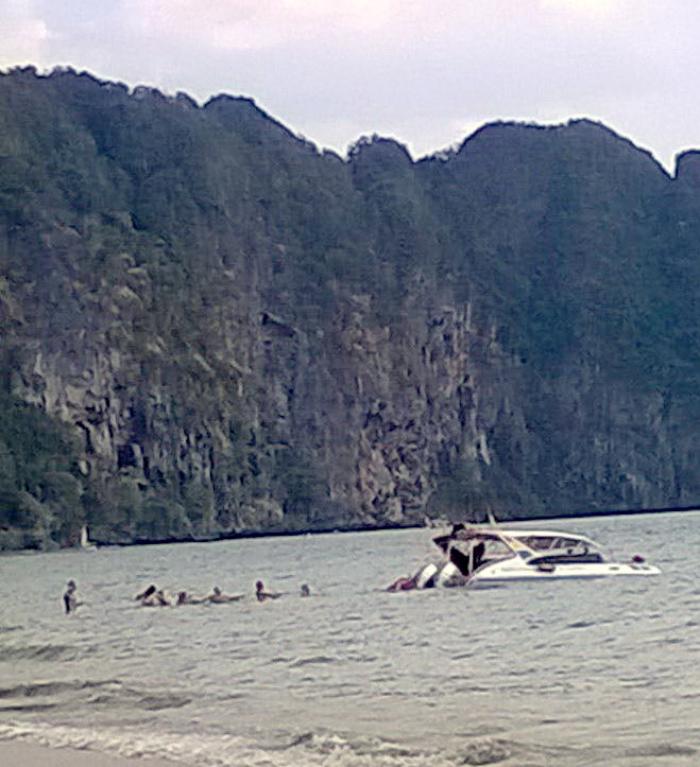 PHUKET: Police have yet to charge anyone involved in the speedboat crash that occurred off the coast of Krabi in February, as they have not been able to determine fault, confirmed Sophon Kongthong of the Krabi City Police.

Six people were injured, two of whom were hospitalized, after the Chainartnumchork 8 and the The Pimmasa 5 collided near the popular tourist destination of Ao Nang (story here).

“We are waiting to question the prime witnesses: the two hospitalized passengers from the boat. They were transferred to Bangkok Hospital Phuket to receive treatment,” said Lt Sophon.

The police were not able to question other witnesses, he said, as they had already left the country.

“We met the injured passengers at Krabi Hospital before they were transferred to Phuket and asked them to present themselves for questioning at the station after they were released,” Lt Sophon explained.

The two have yet to appear at the police station.

“We did question both of the drivers, and they both claimed to be driving safely and not at high speeds,” said Lt Sophon.

“We are working with the Krabi Marine Office to investigate and inspect the boats.”