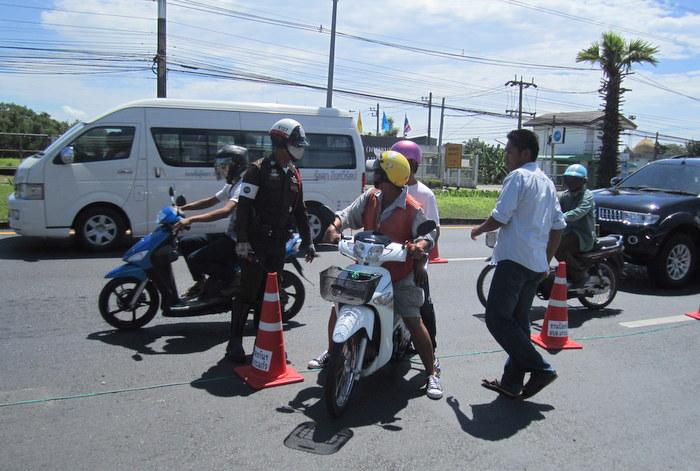 PHUKET: Phuket saw its first day of no road-deaths as the fourth day of the ‘7 Days of Danger’ road-safety campaign came to a close at midnight yesterday.

The main causes of the four deaths in the first three days of the campaign were driving under the influence, not wearing a helmet, speeding or some combination of the three factors, reported the Department of Disaster Prevention and Mitigation (DDPM) Phuket Office.

“Based on this, we are taking additional steps to put more lights up and fix slippery sections of road, and will also ask that police strictly enforce laws with regard to drunk driving and helmets,” said DDPM Chief Sirisak Sakulsorussa. “We don’t want to see any more deaths on the road during this campaign.”

Though there were no deaths on day four, there were a total of 17 people injured in 16 accidents.

Updated Phuket statistics issued by the DDPM for the number of traffic offenses during the first four days of the campaign are as follows:

More than 20 Phuket bus drivers arrested for drug use