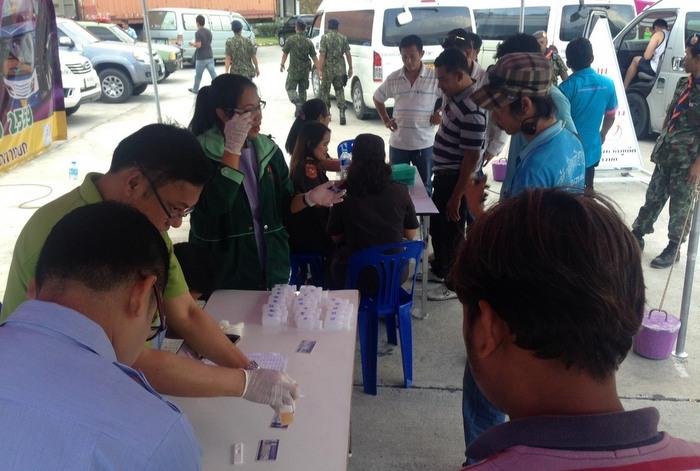 PHUKET: Officers arrested more than 20 bus drivers for amphetamine use as the drivers made their way through the Tah Chat Chai checkpoint over the last three days.

Additionally, six tour guides were arrested, along with two minivan drivers and the driver of a private vehicle.

“Officers suspended the driving licence of each of the motorists for 30 days, and fined each of them 10,000 baht. Additionally, they were all taken to the Thalang District Office, where they will begin a rehab program on Monday,” said Mr Siripong.

No Phuket road-deaths in day four of campaign