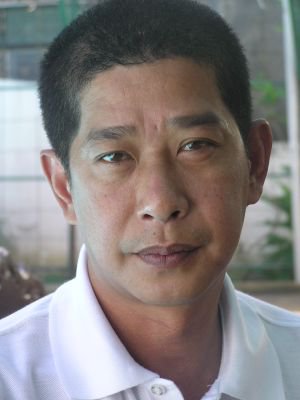 PATONG: The Patong Progress Party (PPP) led by Songserm Kepsap won the Patong Municipal election yesterday, beating the Rak Patong Party (RPT) of Pian Keesin by 322 votes. A total of 9,213 people were eligible to vote but in the event only 6,239, or 68% , turned out. K. Songserm polled 2,949 votes against K. Pian’s 2,627, with 519 spoiled ballots and 144 people ticking the “neither” box on their ballot slips. Despite grumbles from the losers about vote-buying, Phunsak Naksena, Chief Administrative Assistant of Patong Municipality and Director of the Election, told the Gazette that the atmosphere of the election had been calm and no contraventions of election rules had been detected. “We cannot set a date for when the new team will take office because we still have to wait for confirmation of the result from the Phuket Election Commission (PEC),” K. Phunsak said. He added that he was not sure whether that confirmation would be forthcoming. “Nothing abnormal happened yesterday but there may be other factors I don’t know about. “It has often been said that Patong has a problem with vote-buying, but we have come across no witnesses or evidence to suggest that this took place.” Kittipong Thiengkunagrit, Director of the PEC, told the Gazette today that he had so far received no complaints about the election, but that the PEC’s judgment would have to be approved by the Central Election Committee in Bangkok. The loser, Pian Keesin, told the Gazette, “I tried to bring together a team educated to master’s degree level, but if people want to vote for candidates who finished only primary school, okay, that’s up to them.” He added sourly, “I don’t think they [the PPP] will be able to manage a full four-year term because there will be infighting and the leader can’t control his team.” Despite repeated attempts, the Gazette was unable to contact K. Songserm or any of his party for comments on this remarkable – some would say historic – victory.

Thaksin flying in for ministerial talks