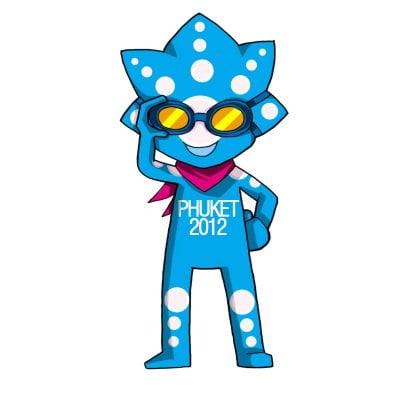 PHUKET: Three new sports have been added to the official program of the 28th Thailand National Youth Games, to be held March 18-28 next year, at the request of the host province, Phuket.

Sports Authority of Thailand (SAT) executives confirmed the inclusion of fencing, billiards and snooker, and woodball at a recent meeting in Phuket attended by Governor Tri Augkaradecha and the SAT’s Deputy Governor of Elite Sports and Sports Science, Somkid Pinthong.

The new additions bring the total number of games to be contested at the “Phuket Games” to 40.

“We have prepared the stadiums that will be used for the competition and the dormitories that athletes will be staying in. I can say that we are now 80 per cent ready,” said Gov Tri.

However, he added that some of the venues still needed upgrades and that final decisions had yet to be made on which venues will host some of the competitions.

“We are working on finding suitable venues for the sailing, rowing, billiards and snooker, fencing and hockey competitions,” Gov Tri said.

The governor confirmed that the required budget of 130 million baht had already been secured.

“We will not spend too much money on opening and closing ceremonies. The money will be spent on improving competition venues instead,” said Wirach Patee, Director of the SAT office in Phuket.

“Phuket has hosted many international competitions, but surprisingly we still do not have any stadiums that meet international standards, not even Surakul Stadium does,” Mr Wirach added.

The Phuket Provincial Administrative Organization is assigned to be in charge for the opening and closing ceremony, as well as determining the athlete that will be the games’ official torch runner.

“The torch runner for the Phuket Games might be Nithi Piyapan, a former member of the Thailand national athletics team, or famous Phuket badminton players Maneephong Jongjit and Nitchaon Jindaphon,” said Mr Wirach.

“Our goal this year is to win 15 gold medals from events including golf, badminton, tennis, karate-do, and patanque. But we want to focus on providing a good standard of stadium and fair games management. Winning medals is the least of our worries for this year.” said Mr Wirach.

Thai volleyball will challenge the world