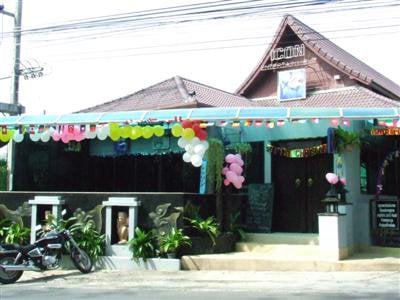 RAWAI, PHUKET: Police are searching for the gunmen who shot and killed a man celebrating the New Year holiday early yesterday morning in what police believe was a revenge killing by rival gang members.

Police received a report of the shooting at the popular Icon Pub, on the road to Kata in Nai Harn, at 4:30am on yesterday..

Chalong Police Superintendent Chinnarat Rittakananond and other investigators rushed to the scene, where they found a crowd of Thai and foreign tourists gathered around the body of the victim on the ground in front of the pub.

Mr Wanchai was rushed to Vachira Phuket Hospital in Phuket Town where he was later pronounced dead of bullet wounds with entry points at the right cheek and left ear. The caliber of the bullet has not yet been reported.

Police questioned a close friend of the deceased, who said Mr Wanchai was among a large group of friends who went to the pub together to celebrate the new year.

Mr Wanchai was employed as a gardener at a villa residence on Soi Suksan in Rawai, the friend told police.

According to the friend, Mr Wanchai was drinking at a table when a man identified only as ‘Tor’ approached and slapped him in the face twice. After this, about 10 friends of the deceased attacked Tor in retaliation.

However, Mr Wanchai later returned with his uncle, hoping to make sure there were no hard feelings on the part of Tor, who has a reputation as a gangster, the friend said.

As Mr Wanchai and his uncle were talking with Tor outside the bar, two Thai youths approached them on a motorbike. The man riding pillion shot Mr Wanchai twice in the head and the pair sped off.

Chalong Police continue to investigate the motive behind the attack, which they presume to have been revenge.

As of this morning they had yet to arrest any suspects.