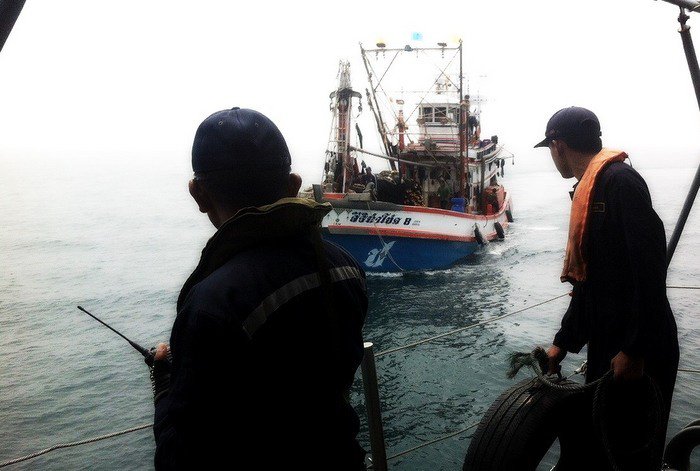 PHUKET: A Royal Thai Navy humanitarian mission into the Andaman in search of refugees returned to Phuket yesterday without having made contact.

Led by the head of the Royal Thai Navy’s public relations department, Captain Benjamaporn Wongnakornsawang, the HTMS Angthong set out on the half-day search with food, water, medical supplies and translators to assist any refugees passing through Thai waters.

The “Operation Center for Patrol and Humanitarian Assistance to Irregular Migrants (OCPHAM) was established under the directive of Prime Minister Gen Prayuth Chan-ocha because of his concern with the issues surrounding the irregular migration in the area,” said Capt Benjamaporn.

“The HTMS Angthong is used as a floating naval base that supports migrants with food, water and medical care, so that they reach their final destination,” stated V/Adm Sayan in May. “These refugees are not intending to come to Thailand, they are just passing through.”