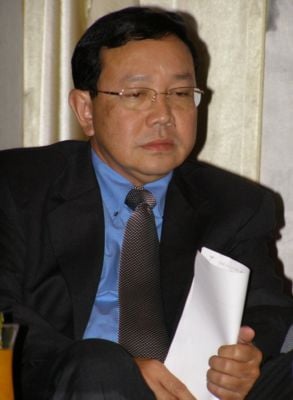 PHUKET CITY: Phuket’s economic strengths and weaknesses were under the microscopes of prominent local and national leaders during “The Drivers of the Economy in Phuket” seminar at The Metropole hotel yesterday.

The sold-out event, part of a number of activities to mark the Nation Group’s 36th anniversary, drew many notable speakers from government, industry and tourism sectors and focused on ways Phuket could improve its infrastructure and resource management.

V/Gov Smith emphasized the need for a comprehensive plan for Phuket’s growth by saying, “Growth without a plan for the future is suicide. Phuket is growing very fast, and there are many people, both Thai and foreign, who visit here. Now we are running into many problems such as property and personal safety for tourists and residents.”

Three key areas that need attention, according to V/Gov Smith, are law enforcement, the environment and water supply.

“The most important problem is the trash and wastewater. This is a critical problem. Right now we only have one incinerator. That’s not enough, as it can only burn about 40% of the trash we produce every day. For this problem I have already asked for a budget to build a second incinerator, but if we don’t change our behavior we won’t be able to solve the problem.”

K. Methee agreed with V/Gov Smith that there are major changes needed to save the tourism industry and make it more sustainable.

“Phuket is like a golden goose. Now we have the golden eggs, but if we do not change or implement plans to improve the administration and management of the island, the golden eggs will surely come to an end.

“In my opinion, we should take care of tourists first. For example, everyone knows about the incident when protesters blocked the road at Koh Kaew [on April 18]. What impression did that event leave on tourists?”

The Thai discussion, with simultaneous translation into English, was moderated by Jomquan Laopet, news anchor for the Nation Channel.