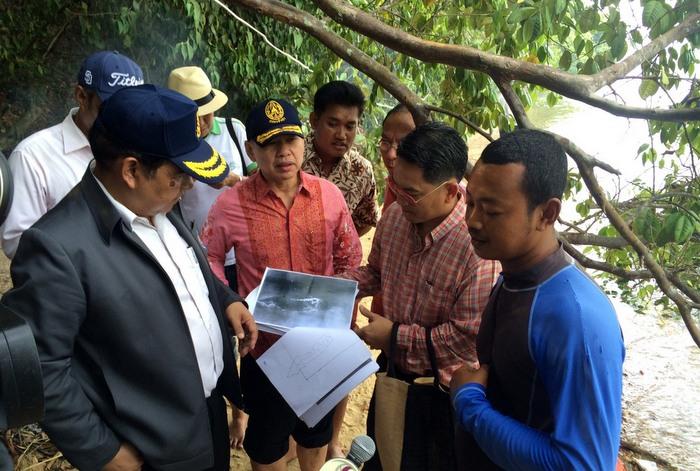 Land Department Director-General Apinun Suetanuwong told the Phuket Gazette that he would side with the standing committee presiding over the dispute on July 14. That committee found that the NorSor3Kor of 24 rai held by the company was illegitimate

“The committee found that the a flying SorKor 1 was used to issue the NorSor3Kor,” General Apinun said.
A flying SorKor 1 is a title deed issued for a specific plot of land, but then used to claim the right to occupy another plot of land elsewhere. The land dispute has been going on since late last year.

The DSI found that the SorKor 1 was upgraded to a NorSor3Kor for a plot of land on Naka Noi in 2014. The upgraded documents also changed the size of the plot, from about seven rai to about 17 rai, and was later upgraded to 24 rai.

After the DSI released their findings, Mr Puri kept fighting against the document’s owner, Six Mountain Co Ltd. In an April Facebook post, Mr Puri stated that armed gunmen had approached a forest reserve on Naka Noi near his property. That post prompted a visit by Phuket Vice Governor Chokdee Amornwat, who went to the reserve and found no evidence of gunmen (story here).

The director of Six Mountains Co Ltd and his son have repeatedly called for justice during the case, stating that they have only ever lawfully owned the land. The repeated calls for justice lead the Land Department to set up a committee to analyze the case.

That committee ruled against Six Mountains Co Ltd in May, revoking their land ownership. The committee’s findings were only an initial suggestion, with the final decision to be made by Land Department Director-General Apinun Suetanuwong (story here).