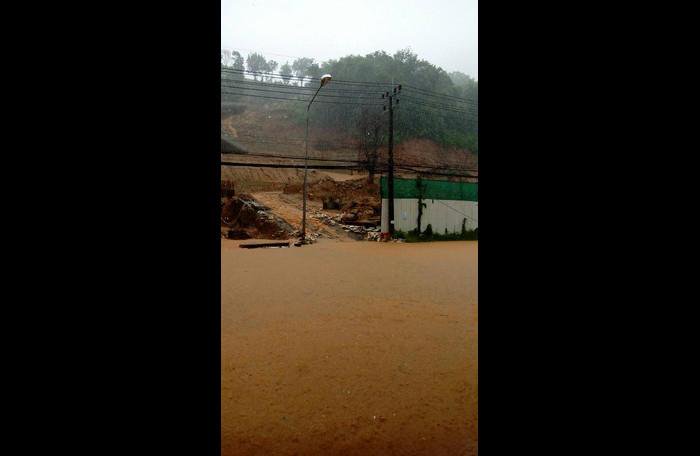 Shops and houses opposite hillside construction sites along Patak Road were inundated with mud and water up to one meter deep.

“This is the worst flooding we’ve seen in decades,” said the deputy mayor.

The deputy mayor and municipality staff joined locals in helping them to rescue belongings from the flooded houses and business premises.

The flood water subsided after about two hours, confirmed Mr Ittiporn, who added that he has ordered drainage ditches to be dug along the road to prevent more flooding.

Krabi lawyer charged for speaking out against referendum