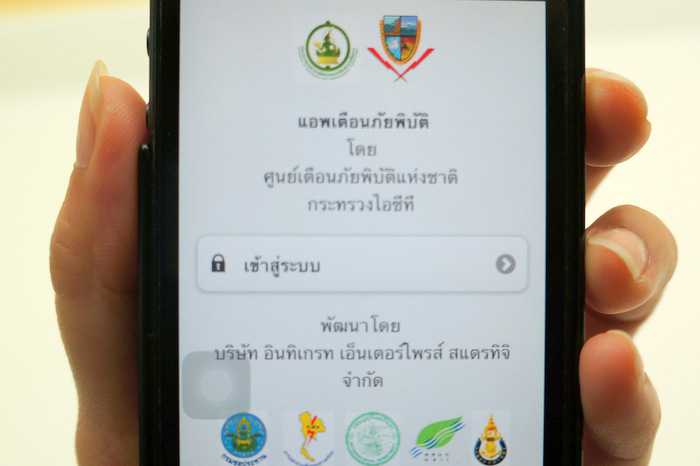 PHUKET: Budget issues have prevented the English-language version of the tsunami warning application for smartphones from being released, two years after the announced release date, the Phuket Gazette has been told.

“We have yet to make any further progress in developing the application,” National Disaster Warning Center (NDWC) Specialist Yaiying Sirithanapivat said.

The application was up and running for Apple and Android devices in December 2012, with the promise that an English-language version would be available by January 2013 (story here).

The application allows iPhone and Android phone users to receive instant notifications of any tsunami alerts and warnings issued by the center.

However, most of the NDWC budget allocated for tsunami preparedness has been used for warning-system maintenance, updating the software for the application and other needs, explained Ms Yaiying.

“We have already planned out the next budget and asked for the necessary funds to make improvements to the application, which includes additional language options,” she said.

“However, we are still waiting for the budget to be approved.”

The Thai version of the application remains fully functional and can be downloaded from the Apple App Store or the Android Market for free by searching “NDWC app”.