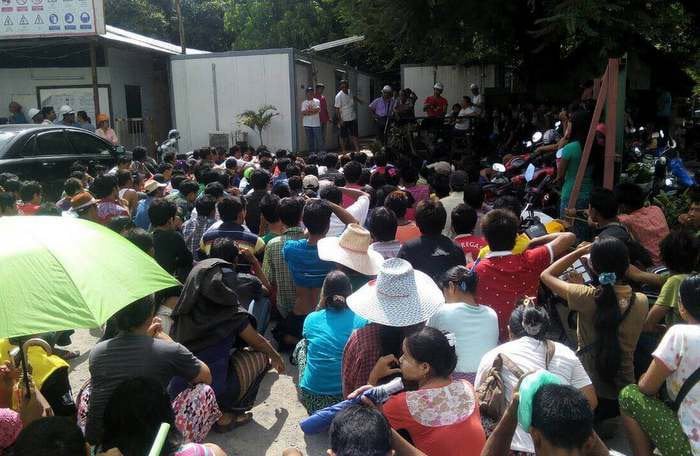 PHUKET: More than 100 Myanmar laborers from Care Con Co Ltd gathered to protest the assault of a coworker at the company’s construction site in Thalang on Saturday.

Police spent 30 minutes talking to protesters before taking the suspect and victim to the police station for questioning.

“Foreman Atipong Saenboon, 28, confessed to threatening Sai Min Lin, 22, with a knife after he thought he was causing trouble by cutting in line at the end of the day on Friday,” Sub Lt Samphan Numnaphol of Cherng Talay Police told Phuket Gazette yesterday.

“Mr Atipong told police that he had grabbed Mr Sai by the neck and threatened him with a box cutter, causing a minor injury,” Sub Lt Samphan stated.

Mr Atipong expressed his regret to police over the incident.

“Laborers from the back pushed forward, causing Mr Sai to get out of line. When he tried to get back in line, Mr Atipong thought that he was trying to make trouble by cutting in front of everyone. Mr Atipong was very regretful of the misunderstanding,” said Sub Lt Samphan.

Both Mr Atipong and Mr Sai, and the protesting workers, have since returned to work.