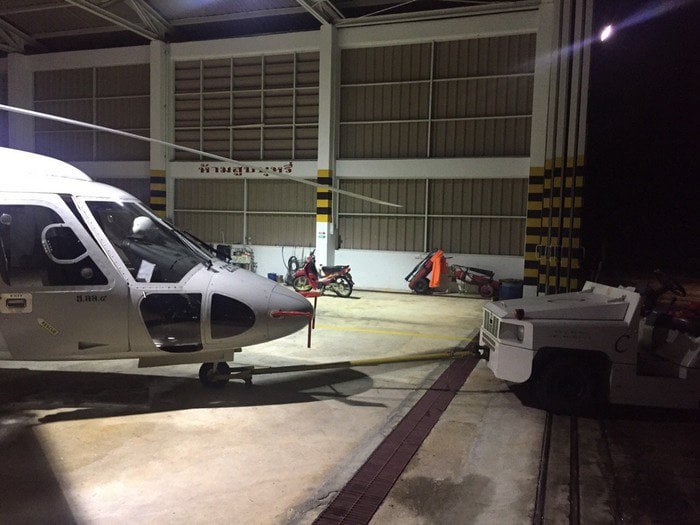 PHUKET: Six people remain missing after a boat sank between Koh Racha Yai and Koh Phi Phi at about 3:55am today.

The Navy was informed of the sinking and immediately dispatched a search team for those on board the vessel, which was carrying construction materials and a backhoe from Ao Makham to Koh Racha Yai.

“We were first alerted by a manager at Rayaburi Resort, who informed us that the ship had sank and that six people were left floating in the rough seas,” said Capt Puttiporn Sawatsut of the Royal Thai Navy Third Area Command.

“We immediately sent our ships to look for the crew. Shortly after the boats were dispatched, a helicopter joined the search.

“At about 5:45am we received reports that three-meter waves were headed our direction, so we ordered to proceed with caution as we searched.”

An order was issued in Phuket yesterday forbidding boats smaller than nine meters from going to sea (story here).

Six ambulances and about 20 medical workers are waiting at the Third Area Command Navy base in Cape Panwa, Phuket in hopes that those missing will be recovered alive.

Cash out Phuket: Kbank to close services for 48 hours