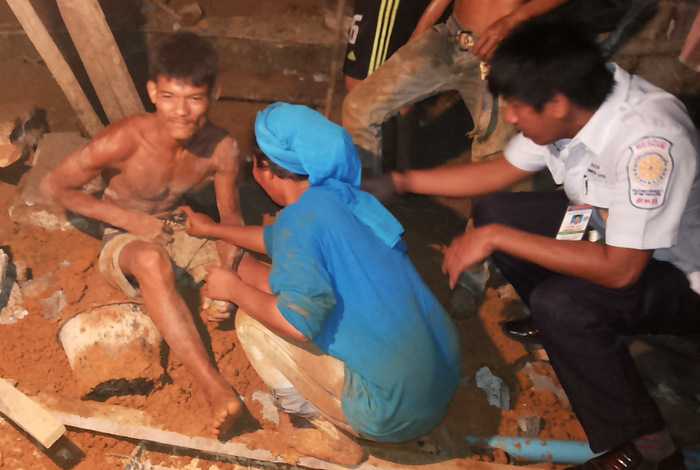 PHUKET: A Myanmar worker escaped serious injury last night when a retaining wall at a Phuket construction site collapsed, pinning him in a hole and covering him with earth.

The accident occurred at a housing estate under construction in Baan Ao Por, near Ao Por pier, at about 9:30pm, Lt Suporn Muangkhai told the Phuket Gazette.

“Mr Htat, 22, as named on his Thai-issued ID card, was working in a hole when a wall beside him collapsed,” he said. “Dirt spilled into the hole and trapped him there.”

Fellow construction workers and Kusoldharm Foundation rescue workers who soon arrived at the scene dug for about 15 minutes to free Mr Htat.

“Fortunately, the wall did not fall on him,” Lt Suporn said. “He suffered only minor injuries and was taken to Thalang Hospital for treatment.”