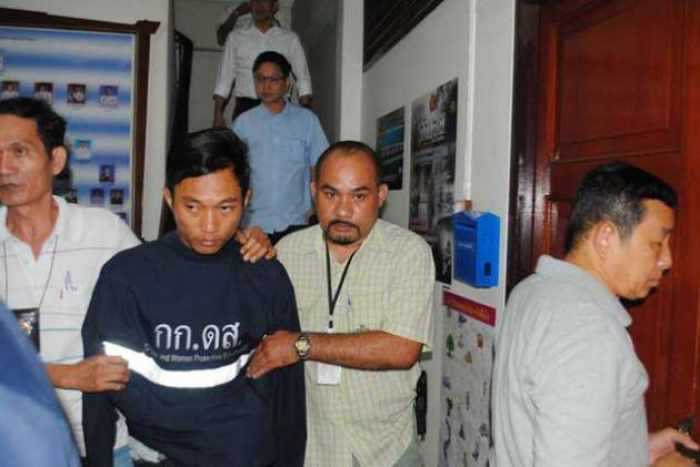 PHUKET: The Criminal Court today sentenced to death State Railway of Thailand employee Wanchai Saengkhao, 22, for raping and strangling a 13-year-old girl before dumping her body from a moving train in July.

He was also charged with robbery and drug use, reported The Nation (story here).

Wanchai was a cleaning attendant in the same sleeping car as his victim when he carried out the rape and murder of Kochakorn “Kaem” Pitakjumnong, whose body was discovered after she disappeared from an overnight train from Surat Thani to Bangkok on July 6 (story here).

Police charged another State Railway employee who was on the same train with aiding Wanchai and with giving false testimony to police in a bid to help another person escape punishment. The man, 19, was sent to Prachuap Khiri Khan Prison to await trial (story here).

He was sacked the next day (story here).

The rape and murder of “Nong Kaem” prompted a ban of alcohol sales at stations and on trains throughout Thailand (story here).

The heinous crime also saw the return of “Ladies Only” compartments. The second-class women-only sleeper carriages were for accompanying children as well, explained Thanongsak Pongprasert, head of the State Railway of Thailand’s routes and schedules division (story here).

Mr Thanongsak said that other long-term measures to be implemented included having railway police guards on all overnight trains, getting recruitment companies to ensure rail workers were qualified and making workers submit to a drug test every three months.

Siriraj comes up with an antibody for Ebola

Judge kills his wife, himself