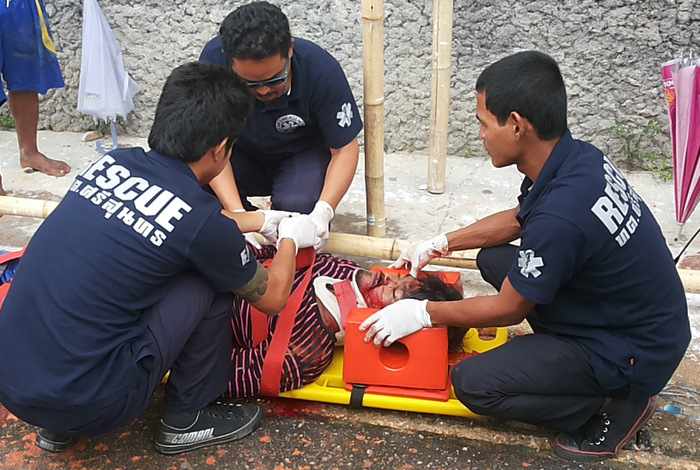 PHUKET: A migrant worker from Myanmar is in hospital recovering from head injuries after he slipped and fell from scaffolding at Baan Reua School in Koh Kaew, Thalang.

The laborer, named by police only as Mr Wanchai, 20, fell and struck his head on the pavement six meters below while painting a school building on Tuesday, said Lt Col Sanit Nookong of the Thalang Police.

Rescue workers rushed Mr Wanchai to Thalang Hospital where he was later transferred to Vachira Phuket Hospital in Phuket Town due to the severity of his injuries.

“It’s always dangerous to work at heights without any kind of protection,” Col Sanit said, urging all laborers to be extra cautious during the current wet weather.

Ms Sa, an 18-year-old cousin of Mr Wanchai, told police that the group of laborers painting the school all came from Koh Sireh and included Mr Wanchai’s father.