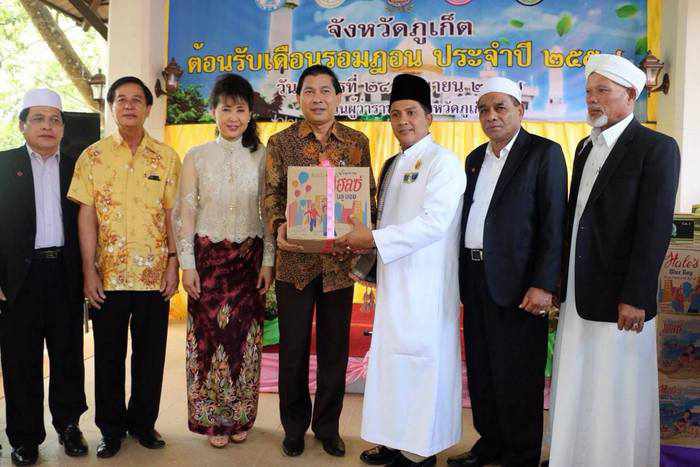 PHUKET: Phuket Muslims will scour the skies tomorrow evening for the first signs of a crescent moon, and if they find it, the fasting month of Ramadan will begin.

“We have 56 mosques in Phuket, and I have asked all members to participate in looking for the moon on Friday evening starting at 5pm,” said Komon Doomluck, Phuket Islamic Committee President.

Two group searches will take place, he said, one at Promthep Cape on the south of the island and one at Mai Khao Beach in the north.

If a sliver of moon is spotted, a report will be sent to the Phuket Islamic Council. If the Council confirms the sighting with a second person, word is sent to the Central Islamic Council of Thailand in Bangkok. The Bangkok Council then checks the time of the sighting with the Thai Royal Navy Science Department. If the time is confirmed by Navy records, an announcement will be made to all Muslims in Thailand that Ramadan has begun.

On Tuesday, Governor Maitri Inthusut held an anticipatory ceremony at the governor’s mansion, and presented Pol Sgt Maj Komon with gifts of date palms, rice and water to mark the holiday.

For the roughly 20 per cent of Phuket’s population that is Muslim, Ramadan is a time to fortify themselves spiritually, to re-evaluate their lives, to practice good habits and to strengthen social ties.

During Ramadan, practicing Muslims do not eat, drink, smoke or engage in sexual activity while the sun is up. Despite the deprivation, the festival is not about suffering, and Ramadan is considered “the best month of the year” (story here).