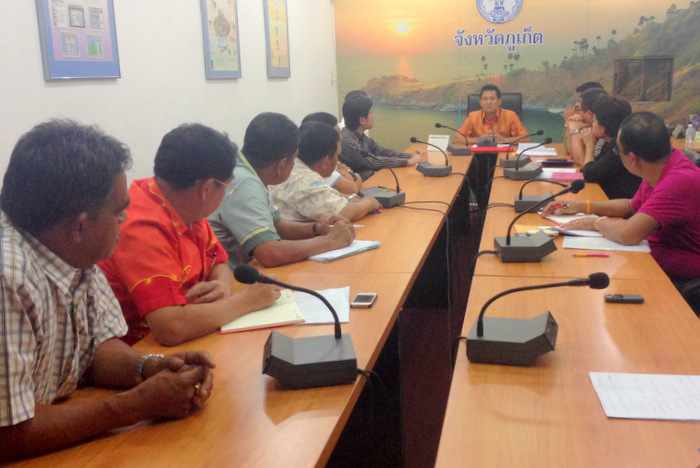 PHUKET: Karon’s “Big Four” taxi mafia kingpin suspects have all been released on court bail, despite Phuket police insistence that they were all to be denied bail (story here).

The four suspects, as well as Kata-Karon Mayor Tawee Thongcham, who was arrested earlier this month for his alleged connection to the popular tourist area’s taxi mafia (story here), were all present at an emergency meeting at Surin Beach* this afternoon.

It has yet to be established what connection the five officials have with the meeting, which set to determine the fate of the popular Phuket beachfront venues.

*The meeting today took place at Phuket Provincial Hall, not at Surin Beach as originally reported.