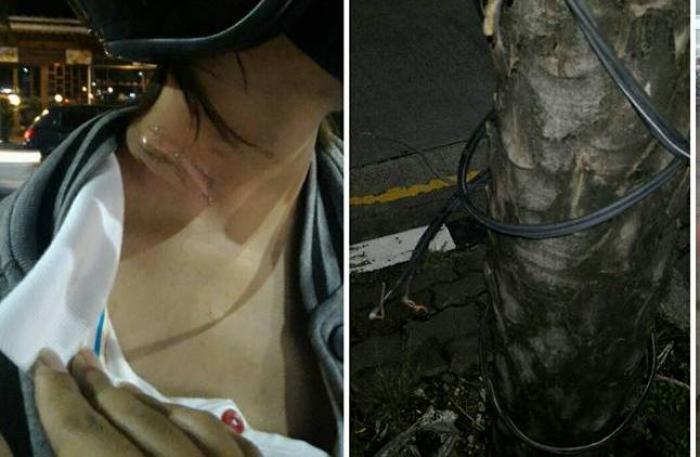 PHUKET: A Phuket woman turned to social media for help after her complaints about an injury from a hanging wire allegedly went unheeded.

Facebook user Fern A Romdee shared her complaints on a public Facebook group on Wednesday. She said the incident occurred as she was driving past Supercheap at Naka market.

“At about 7pm on August 31, I was hit by a hanging wire, which wrapped around my neck and caused me to crash my motorbike. I was injured and my bike was also damaged. I have no idea who is responsible for taking care of this. I have filed a complaint with the Wichit Police and made my way to a hospital for treatment,” the post read in Thai.

Ms Fern said she called the Phuket City Municipality the next day to get further information about her case, but received no update.

“I want the issue to be fixed as soon as possible before somebody else gets injured. I called them (Phuket City Municipality) again twice, but each time someone took my information and never called me back. A full day has passed, but I have yet to receive an update,” she added.

Ms Fern’s post was shared by several social media users and caught the attention of the media as well.

Her latest post states that when she called the municipality again this morning, officials responded within 10 minutes and assured her that the wire would be taken care of.

“Thank you for all the comments and messages of support that I have received,” Ms Fern said in her post.