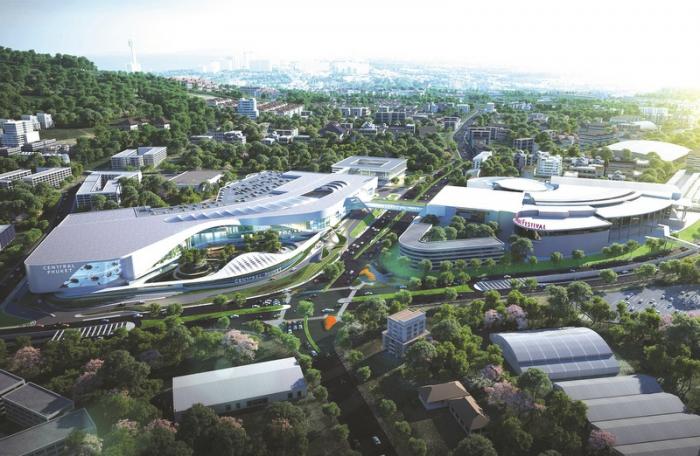 The new world class mega project in Phuket, to be named Central Phuket, is part of a 60 billion baht plan to develop and renovate 10 shopping centers nationwide between now and 2018, said CPN president and CEO Preecha Ekkunagul at a Bangkok press conference last week.

“We aim to strengthen the country’s economy and develop innovative lifestyle and tourism hubs, renovating five existing locations and building five more from scratch over the next two years,” said Mr Preecha.

The new Central Phuket is a flagship CPN project in the heart of Phuket, comprising two shopping centers catering to luxury and casual lifestyles, targeting Thais and tourists alike.

A premium hotel and a world-class convention center are among the attractions delivering “special experiences beyond imagination” for Phuket shoppers.

The new additions to Phuket’s shopping and lifestyle scene include a Mystic Forest, a walk-through aquarium and a floating market.

The Mystic Forest is a futuristic wonderland green zone combining advanced technology with Thai culture and a range of adventurous activities for visitors, said Mr Preecha.

Aquaria, a joint venture with Malaysia, is an underwater world and gardens that the developers say will be the largest ‘aquascape’ in the world. The ‘world-class’ entertainment zone is to feature an exhibition of aquatic plants, it was revealed at the press conference.

“The third section, ‘Tales of Thailand’, is to be a modern floating market selling products from the different regions of Thailand, and is expected to be a draw card for tourists to experience the Thai way of life,” said the CEO.

Mr Preecha promised that Phuket’s new landmark shopping and lifestyle destination will be opened by the end of next year.

Across the land: Age of the robotic butler

By The Book: The British love affair with Phuket