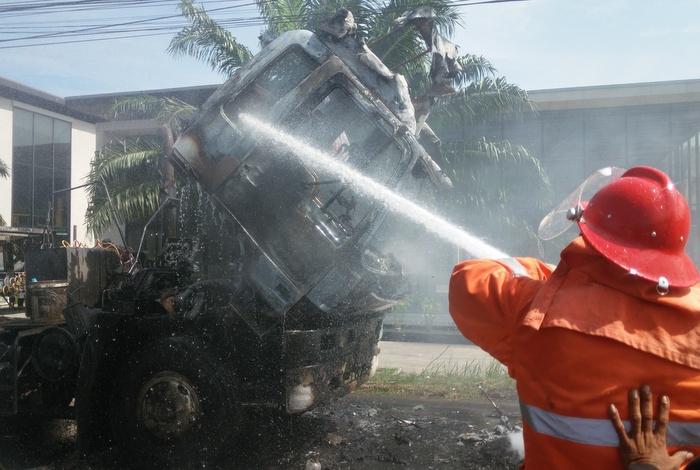 PHUKET: The cab of an 18-wheeled truck burst into flames while south bound on the bypass road in Phuket at about 1:15 this afternoon.

The driver of the truck, Sanit Kartmek, 43, was not injured in the incident.

“At this point, we assume that the fire was caused by a short circuit in the vehicle. However, we will investigate further,” Capt Kamalart Niyomket of the Phuket City Police told the Phuket Gazette.

A huge tailback snaked off the bypass road on to the south-bound lane of Thepkrassatri Road as firefighters battled the fire.