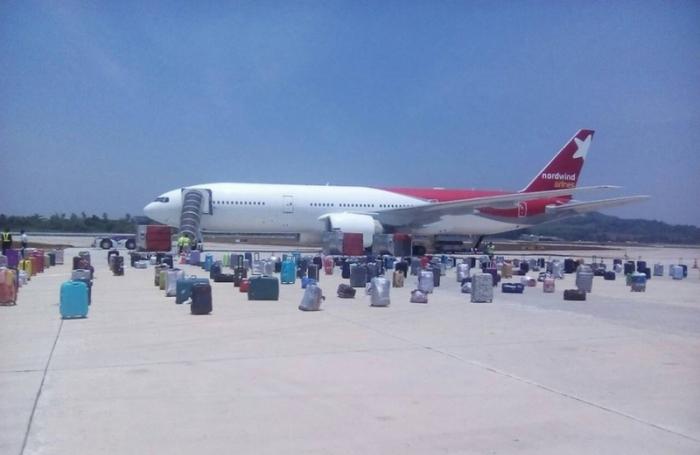 PHUKET: A flight from Phuket to Moscow was evacuated yesterday after a passenger said he felt threatened.

The captain of Russia’s Nordwind Airlines called the airport office to request an emergency inspection after Alexander Nozof, 25, said he felt threatened for reasons that were unspecified.

Monrudee Gettuphan, director of Phuket International Airport, denied rumors that the plane had been hijacked.

Flight NWS2478 was scheduled to depart at 10:35am but was grounded for six hours. Officials started re-inspecting the aircraft and baggage at 11.20am, Ms Monrudee said.

All 369 people on the plane were evacuated, but officials say checks found nothing suspicious in the cabin or luggage. The captain of the flight did not allow Mr Nozof to board when the plane finally took off.

Mr Nozof, who was detained for questioning, told police that he had fallen asleep on the aircraft, but felt uneasy and unsafe when he woke up to see the doors closing.

“We decided not to press charges as he did not threaten anyone or suggest that there was a bomb or dangerous explosive on board,” said Tah Chat Chai Police Superintendent Somchai Sanprasert.

“Airport officials did not file a complaint against him either. However, as per the captain’s request, he remained under the supervision of airport security until the plane landed safely in Russia,” said Airport Deputy Director Thanee Chuangchoo.

“It is now up to the airline to negotiate compensation for the expense incurred by the unnecessary delay,” he added.