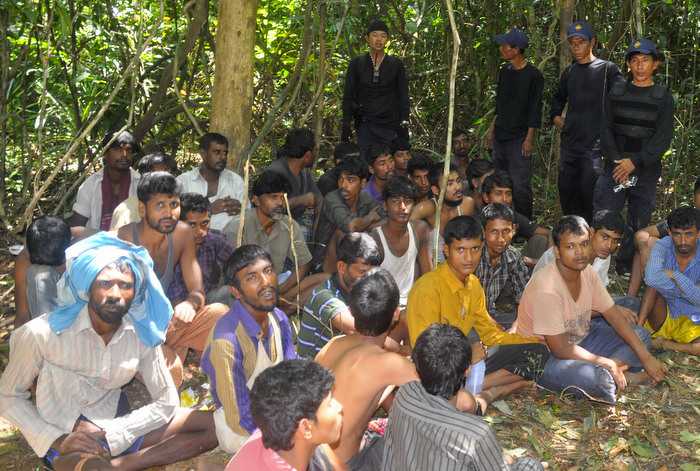 PHUKET: A group of 72 human trafficking victims destined for Malaysia were caught in a raid in Phang Nga, north of Phuket, today.

Four of the 72 men, who Thai officials are identifying as Rohingya, were taken to Takuapa Hospital to be treated for extreme exhaustion and minor scratches to their feet and bodies, Takuapa District Chief Manit Pianthong said.

“All of the refugees were tired and starving, as they had been living without food for days,” Mr Manit said. “They told us that they had been forced to forage and had only eaten leaves for the last two days.”

Officials rounded up the group after having received a tip-off about their whereabouts. On Saturday, a similar tip-off led to the detention of more than 80 Bengali men attempting to flee UNHCR’s refugee camp near the Myanmar-Bangladesh border (story here).

Officers are now attempting to track down a group of about 70 other men who departed Phang Nga by boat last night.

“Those refugees were smuggled with the help of local officers. We will be conducting a larger investigation in order to apprehend the smugglers,” Mr Manit said.

An Enchanted Evening’ for Phuket and for the Home & Life Orphanage