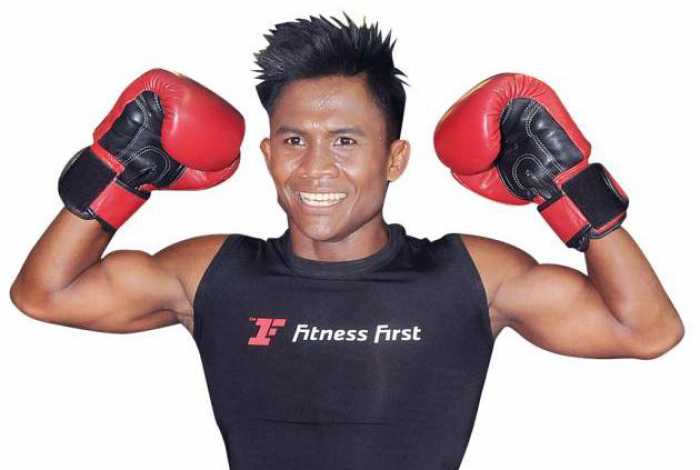 PHUKET: Once famous for his exhilarating K-1 boxing style, controversial Buakaw Banchamek’s tarnished reputation has suffered yet another setback with his latest antics in the ring, opting to flee the arena and shocking the crowd before the end of his fight.

Rising to stardom as one of the most acclaimed K-1 fighters, who drew plaudits with countless captivating fights, Buakaw’s star began to fall after a series of controversies, both in and out of the ring.

His latest misdemeanor came at the Indoor Athletic Gymnasium in Pattaya on Saturday night, when he inexplicably ran away from the venue – before his fight for the K-1 under-70kg championship against German opponent Enriko Kehl was even over.

The baffling act caught everyone off guard, including the organizers, who were momentarily left in the dark on what to do when the fight could not be resumed after the regulation three rounds.

The organizers then decided to hand the German the title to the bewilderment of the crowd, who clearly struggled to understand the incident. Buakaw’s mysterious disappearance became a hot issue overnight, with the question on everyone’s lips: “Where’s he gone?”

It was not the first time the 32-year-old fighter opted to disappear from the scene. In March 2012, the Thai boxer, who hails from Surin, made headlines when he fled the Por Pramuk Gym camp, where he began his boxing career.

In another dispute with his former employers, Buakaw sprang a surprise by defying Por Pramuk’s order to fight in the Thai Fight event in April that year. When asked why he did that, he gave the famous reply: “I’d rather go to jail.”

But the story had a happy ending. With the help of senior figures in Thai sports, the fighter eventually settled the problem, over a financial issue with Por Pramuk, although he decided to leave his old stomping ground.

He then fought for Banchamek, the newly established gym, but his problems never seemed to go away. Last year, he decided to separate from the Thai Fight organizers, saying they took advantage of his contract.

Earlier this month, Buakaw became the subject of gossip regarding his relationship with controversial beauty Sunannika “Nampetch” Kritsanasuwan, who was stripped of her title as second runner-up in Miss Thailand Universe. Rumour had it the boxer bought several luxury items, including a golden necklace, for her, but he insisted she was just a friend.

It remained unclear what penalty the two-time K-1 champion Buakaw will suffer for his latest trick. K-1 Global Holdings told a press conference yesterday they would like to have a talk to clear the air with the fighter before deciding whether to sue him for breach of contract.

Buakaw’s manager claimed after Saturday’s fight the Thai fighter did not want to continue to avoid being caught up in betting on his bout. K-1 officials admit that bookmakers overseas opened odds for the bout but it was something they could not control.