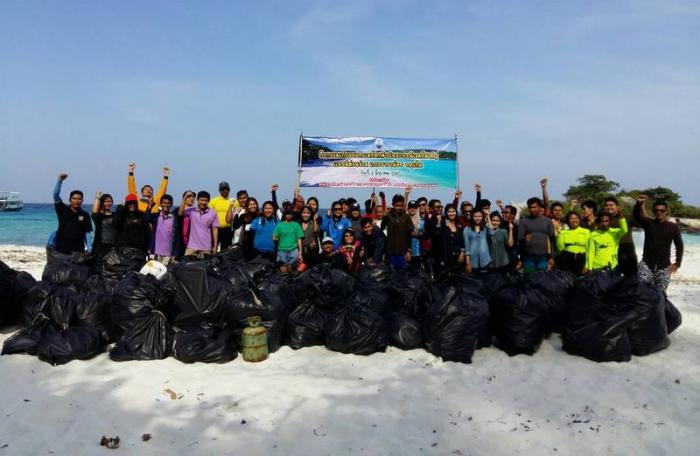 PHUKET: The Department of Marine and Cosatal Resources (DMCR) conducted the second installment of its marine debris management campaign, collecting more than a ton of trash at Koh Racha Noi on Saturday.

All coastal provinces in Thailand have been given a budget for marine debris management after Thailand was ranked as the sixth worst marine polluter in the world by the United Nations Environmental Program. The first clean-up activity was held last month at Laem Sai Beach in Phuket, where a total of 382kg of marine trash was collected (story here)

Fifty people joined the Koh Racha Noi clean-up, including officers from the DMCR, students from Prince of Songkla and Phuket Rajabaht universities, volunteer divers and others.

In total, the group collected 1,226kg of trash from the beach and in the sea, including 424kg of glass bottles, 265kg of plastic bottles, 244kg of fishing nets and related equipment, 62kg of plastic bags and 46kg of cans.

The rest was made up of miscellaneous items such as shoes, cigarette lighters, clothes and even motorcycle helmets.