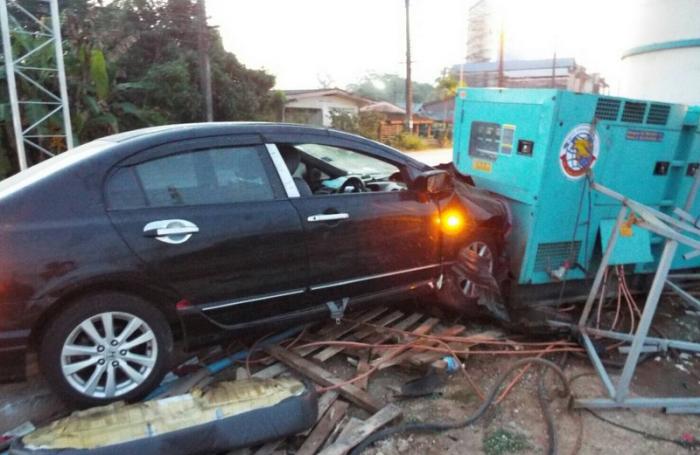 PHUKET: Two members of a family were killed and three others injured after a car driver fell asleep at the wheel and crashed into an electric generator at the side of the road early yesterday morning.

“The accident occurred on Thepkrasattri Road, at a construction site near Phuket International Airport. At the scene, we found a black Honda Civic stuck to an electric generator,” Capt Kraisorn Boonprasop of Thalang Police told the Phuket Gazette.

Two of the passengers, Pan Wannaro, 76, and Jariya Rachato, 39, were critically injured and rushed to Thalang Hospital, where they later succumbed to their injuries.

Somphot Wannaro, 46, was driving from Songkhla to Phuket with four members of his family. He told police he fell asleep and lost control of the vehicle. The other passengers were a 21-year-old woman and a three-year-old child.

All three were treated for their injuries and have been released from hospital. The bodies of the deceased have been taken to their hometown for the funeral.