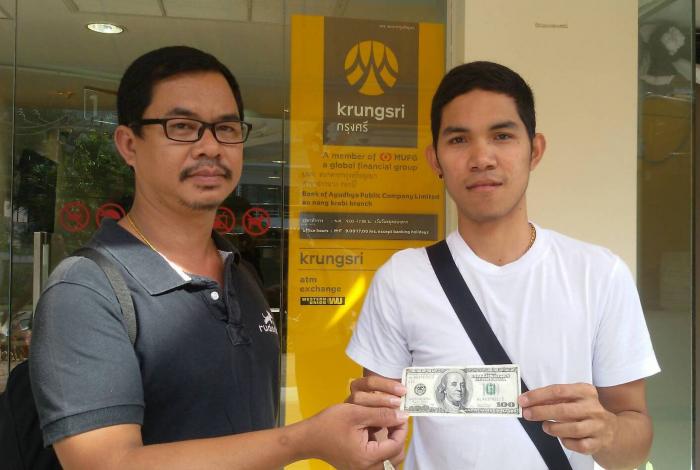 KRABI: Police are searching for an unidentified Russian woman who used fake currency to swindle a Krabi shop owner on Sunday night.

Capt Sarawut Kittiruangrayab of Ao Nang Police received the report yesterday after the owner of the herbal shop, Sanchai Khaonoi, 25, tried to exchange a 100-dollar bill and was told it was fake.

“Mr Sanchai described the suspect as a thin, tanned and blond Russian woman aged 35-40 years and about 160cm tall. He also said she was wearing a purple dress,” Capt Sarawut told the Phuket Gazette.

The woman reportedly walked into the shop in Ao Nang to buy a herbal perfume costing 650 baht.

“She told Mr Sanchai that she didn’t have enough Thai baht and asked him to accept the amount in US dollars. He accepted as he was busy with other customers and didn’t want to waste time. Mr Sanchai gave her 2,650 baht in return for the 100 dollars minus the price of the perfume,” he added.

Capt Sarawut said that so far, only one complaint regarding fake bill exchanges has been filed. He urged other victims to come forward.

“We are checking CCTV footage in and around the area to locate the woman. We would also like to warn vendors to be careful and avoid accepting foreign currency when possible,” said the captain.