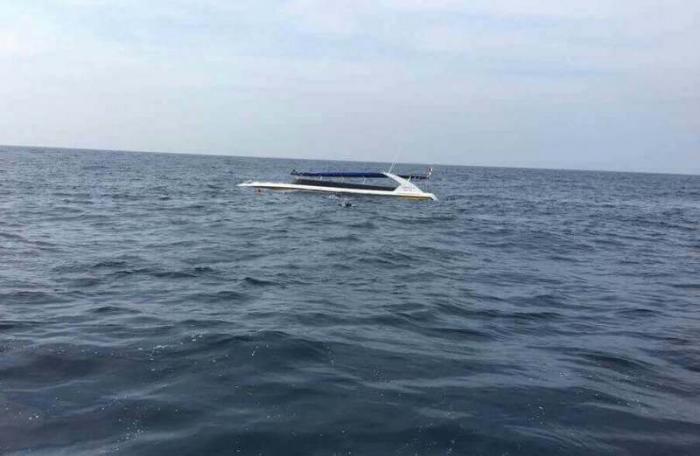 “According to the captain, they were headed back to Phang Nga from the Similans when he felt the boat drive over something,” said Lt Col Jakkree. “The boat started to take on water, but luckily the captain was able to radio in for help before it sank.”

All on board were wearing life jackets at the time.

“The captain, crew and tourists were in the water for about 20 minutes before help arrived,” Col Jakkree said.

Three nearby boats and their crew conducted the rescue.

“Everyone was safe and no one was injured,” said Col Jakkree.

Police have yet to charge either the captain or the tour company for the incident.

“We will continue to investigate further and look into what safety standards were breached,” Col Jakkree confirmed.