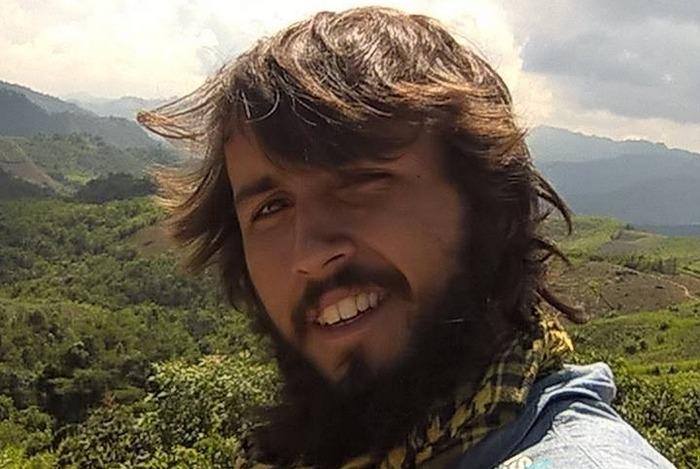 PHUKET: Phi Phi Police located a British backpacker, who was reported missing by deeply-concerned family members after an unnerving ‘final’ phone call, as he was signing up for a scuba diving course on the tropical island at about 4pm yesterday.

Jordan Lewis Jacobs, 21, has been on the road since September 2014, having postponed his return to the United Kingdom by several months. Prior to him missing his scheduled flight home from Bangkok this week, family had launched a social media campaign in hopes of finding him.

My mum has just told me that when he called on Saturday, he said he went to a Buddhist temple and was really upset he wouldn’t see any of us again,” Mr Jacob’s sister, Emily Jacobs, told the Phuket Gazette.

Last night, Emily confirmed to the Gazette that her brother had been found, but declined to reveal any further details.

“We found Mr Jacob’s at Lo Dalam Beach on Phi Phi Don. He was booking a scuba diving course,” said Phi Phi Police Chief Jetsada Junphum. “He simply said that he wanted to stay in Thailand and that there was a misunderstanding between him and his family.”

Lt Col Jetsada confirmed that Mr Jacob had missed his flight from Bangkok, but said that the backpacker’s visa didn’t expire until December 25, so there was no legal reason he couldn’t continue his stay in Thailand.

“He did look upset, so I contacted the British Embassy and let him talk to officials there and his family,” Col Jetsada said. “He is safe and sound.”

“It’s important that the public and international community understands that Phi Phi is safe for tourist. Locals, business operators and police are always ready to help those in need,” he added.

A Decade Ago: Renewed spark of hope