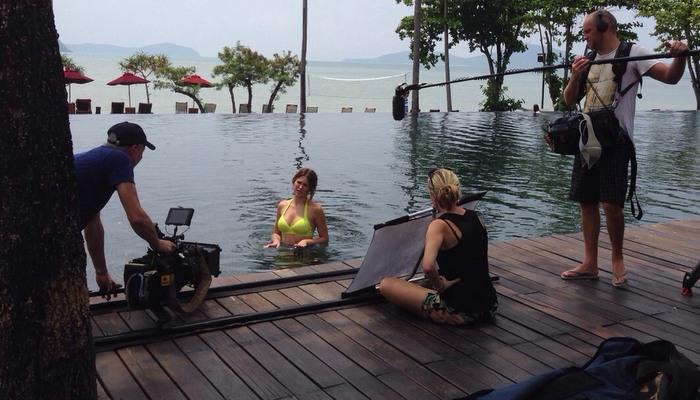 PHUKET: Phuket hosted Miss Universe Australia 2010 for the Songkran holiday while she was in town shooting an Australian TV program to showcase tourist destinations in Thailand.

Jesinta Campbell, 22, was chosen by Australian travel show The Getaway to be the face of a six-episode series covering tourist hot spots in Phuket and Phang Nga, said Anoma Wongyai, Director of Tourism Authority of Thailand (TAT) Phuket.

“The Getaway contacted the TAT office in Sydney and mentioned they would like to do a story about Phuket and Phang Nga, and that Ms Campbell would be hosting it,” she said.

“TAT Phuket suggested activities and destinations for the show to cover. Ms Campbell stayed at Vijitt Resort at Friendship Beach in Rawai, and the show highlighted luxury accommodations, spa treatments and beaches in the area.”

The Australian beauty ambassador also took a Thai cooking class at the Blue Elephant restaurant in Phuket Town on Monday.

“The shooting in Phuket finished on Monday. Ms Campbell is now filming in Phang Nga until April 18, where she will take a tour of the islands and go on an elephant trek,” said Ms Anoma.

“Ms Campbell’s visit with The Getaway is a good opportunity to promote Phuket as a tourist destination and to present our rich Thai culture to foreigners.”