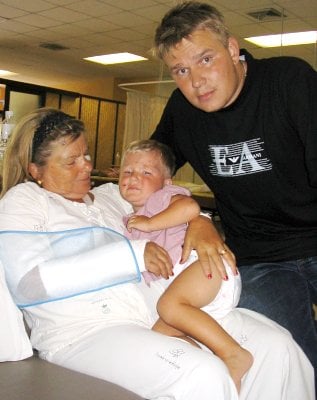 PHUKET: A number of misleading emails and media reports are circulating about Hannes Bergstrom, the 20-month-old Swedish toddler who was taken to Phuket International Hospital after the tsunami, and could not at first be identified.

Hannes was, however, indentified and reunited with family members after his plight was featured in the Gazette Online on December 27, 2004 (see story here).

The little boy’s uncle took him the following day to his father and grandparents – who were recovering in Phang Nga Hospital.

His mother, Susanne, is still currently posted as missing.

The Gazette urges anyone receiving an email about an unidentified blonde toddler to compare any photograph with the one above. If the photographs match, reply to the sender, including a link to this story.